History for the PSY-Q SDK

The History of the PSYQ PS1 Software development kit is facinating, it starts with a collaboration between two UK companies, SN Systems and Cross Products, to find out more we need to go a litter further back to the history of these two companies.

SNSystems was founded by Andy Beveridge and Martin Day back in 1988. While developing their own games they created the SN Assembler (SNASM) for Atari and Amiga computers [4].

SNASM became so useful that it was even licenced to other game developers such as Cross Products which then later licenced it even further as SNASM68K! So SN Systems were already making quite a name for themselves in the Game Development Tool Market. 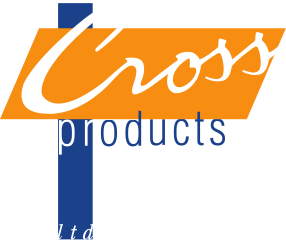 The earliest use of SN systems products by “Cross Products” was suggested on the SegaRetro wiki claiming that Ian Oliver (joint-founder of Cross Products) manually made a RAM board for Mega Drive development which needed an Assembler for the Motorola 68K processor in the MD and thus SNASM68K was born [2].

So this suggests Cross Products were working very closely with SN Systems throughout the 90s.

This is further confirmed on the official SN Systems website where it says [3]:

The website makes quite a claim that ‘Since then most Sega Genesis games have been developed using SN Systems’ software’, it would be interesting to find out how true that statement is, how many development studios were using the SN Systems development toolchain to develop Mega Drive games compared to other development kits.

On the official Cross Products website in 1997 it mentions builds of the SNASM2.1 Assembler and Debugger, which Cross Products were selling as part of their Sega Saturn Development Kit [1].

PSY-Q for PS1 was later rebranded as SDevTC (Sony Developer Toolchain) sometime before August 1999 as it is mentioned the rebranding in the Official Run-Time Library Overview from August 1999. 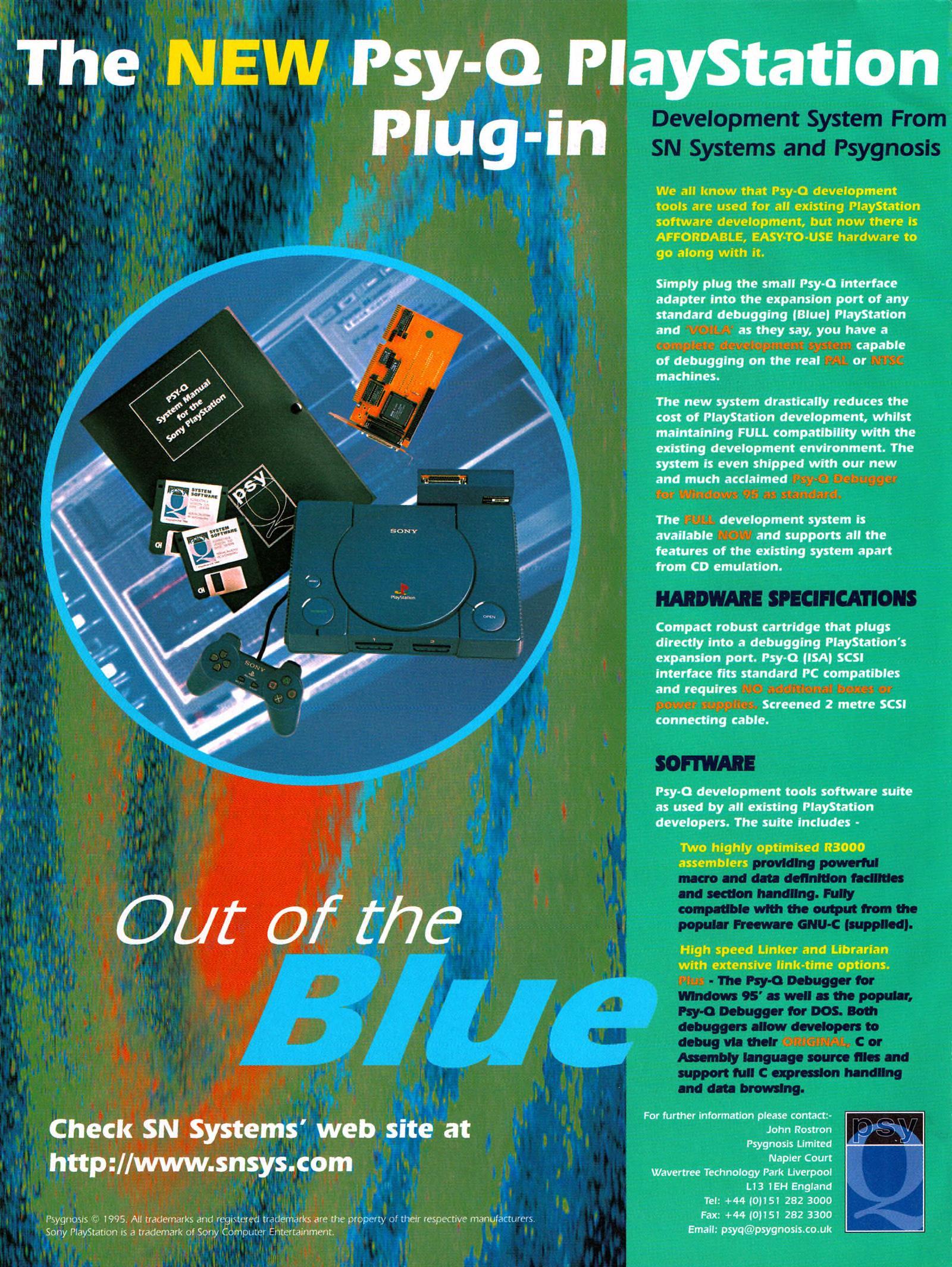 Psy-Q for Other Platforms (Sega and PC) 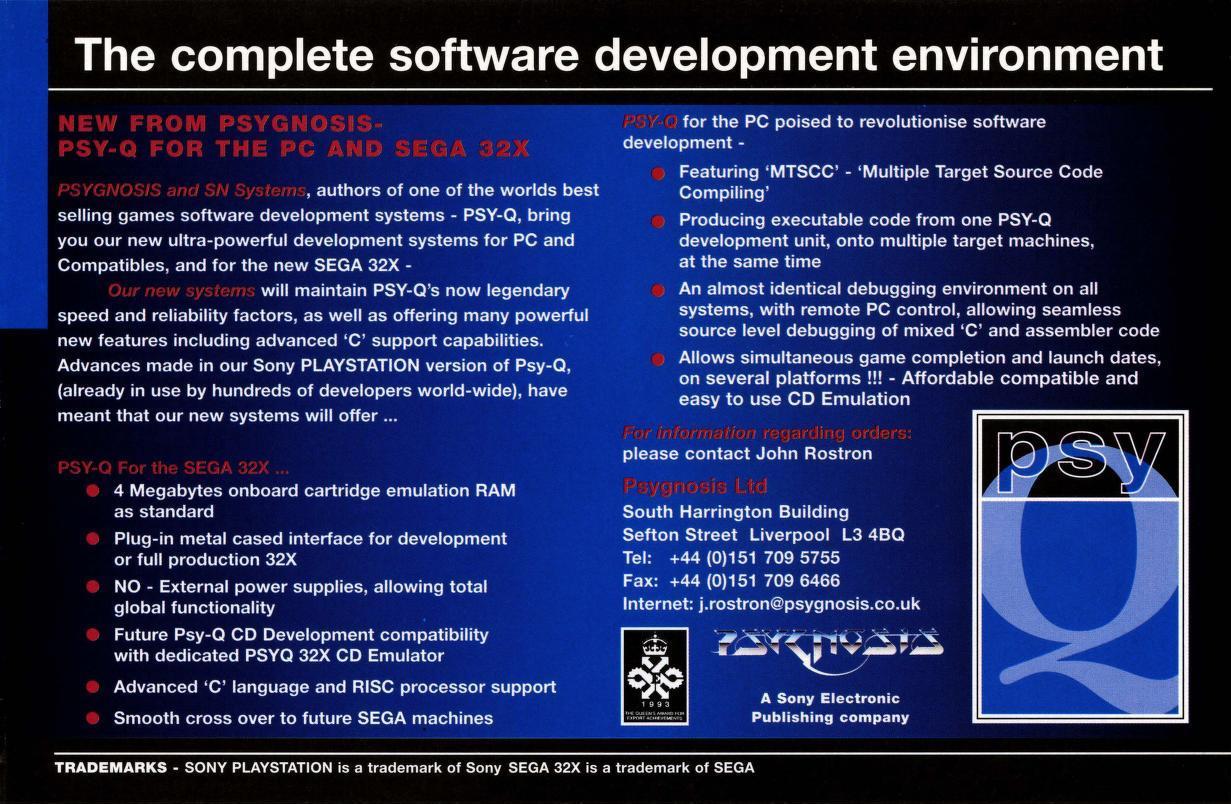 Advert for PsyQ from Edge magazine, interestingly it says in the Ad that its a “Sony Electronic Publishing Company” but advertises its Sega 32X and PC products [Edge Magazine issue 14 from November 1994].

From the blurb it looks like it contained a version of the open source GNU C compiler which would feed compiled assembly language into the Psy-Q assemblers. The Psy-Q assemblers would then optimise the code and feed it to the ‘High Speed Linker’ which puts all the different assembly output files together to create a single Playstation executable.

I’m not sure what they meant by a Librarian as thats not a common term when speaking about development toolchains but my guess is that it would just be software to manage all the different pre-compiled psx libraries.

The following article was published by EDGE in the UK and later “Next generation” magazine in the US: 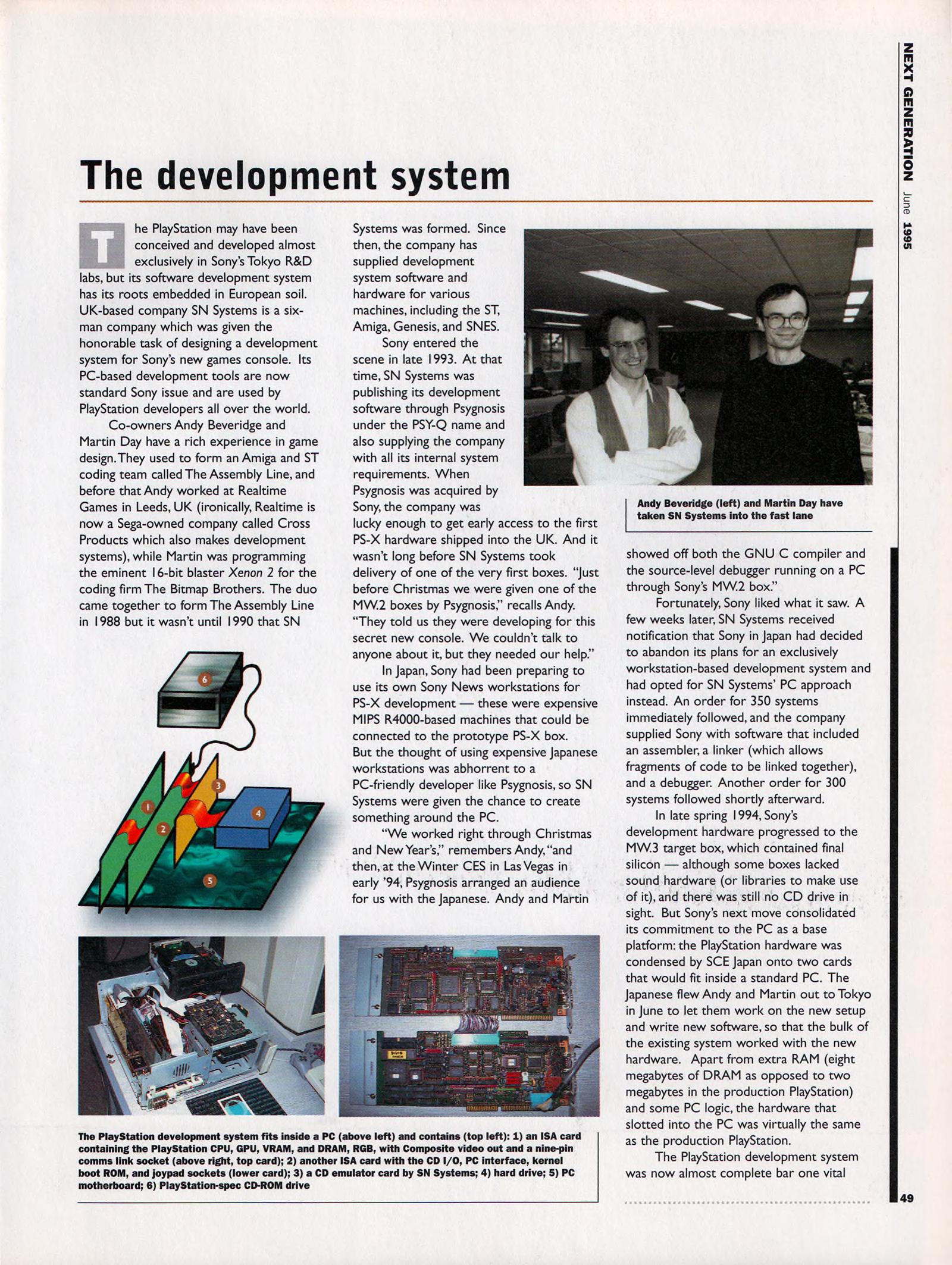 Psygnosis used its own development kit to create the PS1 game “Colony Wars Red Sun” and in the Game Developer Magazine from August 2000 they have an Postmortem that you can view here:

According to the Official SN Systems “PC Development System for the Nintendo 64” guide (Thanks to Ultra64.ca), the list of SN systems development kits are as follows: