The Game Boy Advance official development kits were incredibly similar to the original Game Boy and Game Boy Color devkits. In fact they reused the same dev kits and added support for the GBA.

This is as bare-bones as development kits get, before the GBA was even released to the public a select few developers were sent these kits. It uses a Super Nintendo controller as input and has a small LCD screen attached to the board 1.

You can see a modified original Game Boy cartridge with the sticker saying AGB Only plugged into the cartridge slot and acting as an interface to the developers PC. So presumably they would send ROM images to the board from their PC’s development environment.

Presumably it also had a connection to be able to display it on a larger screen for development but there is no obvious connector for that.

There are references in the Software Development Kit to Target Board TS2 which we believe is this development kit, not sure what TS2 stands for but there is also a TS4, (Testing Station?).

Similar to the Wide-Boy for the original and Color Game Boys, Intelligent systems created one for the Game Boy Advance that plugged into the Nintendo 64 2.

Just as with previous systems all the GBA hardware is packed inside the cartridge and it comes with a GBA shell that is purely used as a controller.

This device was used for play testing and demoing games internally along with it being used by press outlets for most of the GBA screenshots that were printed in magazines and books. 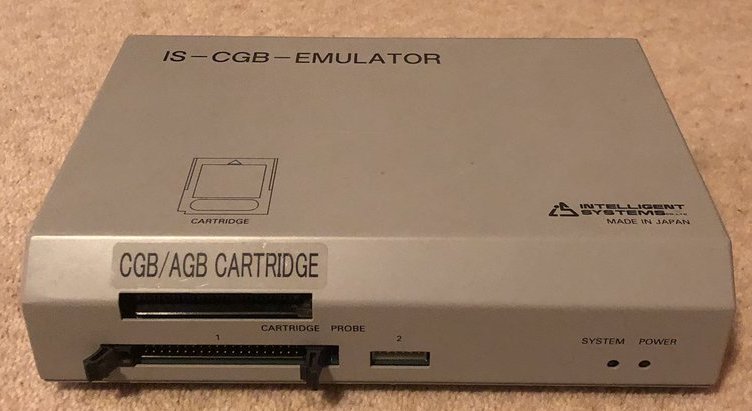 The IS-AGB-EMULATOR is the next iteration of the IS-CGB-EMULATOR with support for Game Boy Advance games, just like its parent generation it is used as the main development kit for GBA.

If the IS-AGB-DEBUGGER label is checked on the unit then it also contains support for programmers to use debugging features such as breakpoints and tracing.

A custom GBA controller is attacted to the IS-AGB-EMULATOR to play the games, one of which has been documented by Developer Jeff on his Twitter:

This system went with the IS CGB/AGB Emulator kit ver.1 and works as an controller unit for the device.

More photos & a teardown coming soon of this unique rarity including its emulator box so stay tuned! 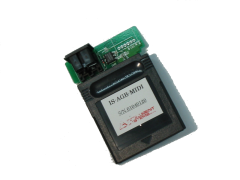 For sound developers Intelligent Systems created the IS-AGB-MIDI which is a cartridge that plugs into the IS-AGB-EMULATOR 3.

You then connect the cartridge to the development PC via the MIDI port and you have the ability to test sounds and music on the GBA hardware directly! 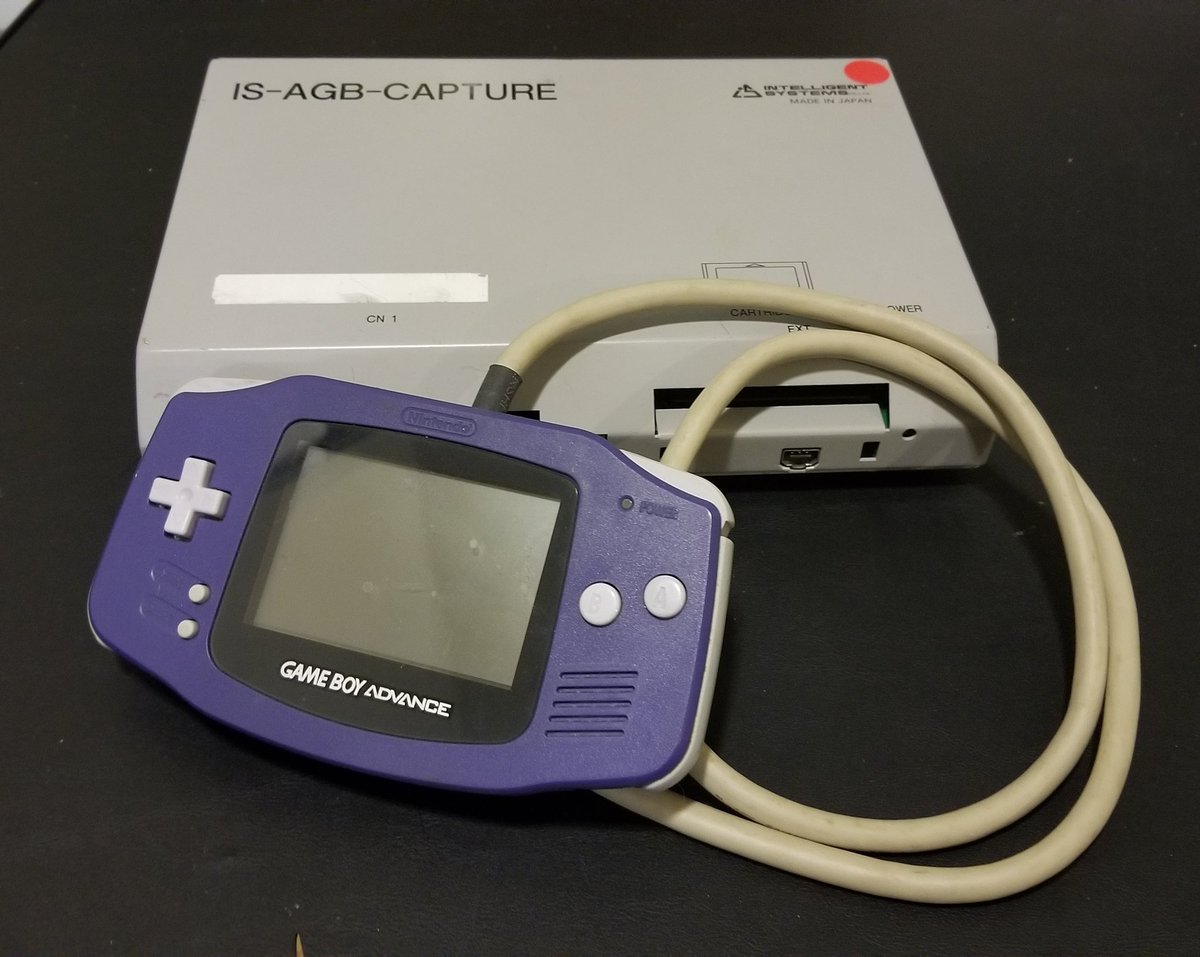 Similar to the WideBoy64 and also created by Intelligent Systems comes the IS-AGB-CAPTURE. Its main purpose is to display the GBA game on a big screen for easy capturing of screenshots.

Presumably the only advantage this has over the Wide Boy is that it doesn’t; t require an N64 to function.

The screenshot on the left is from Andrew Borman on Twitter 4. 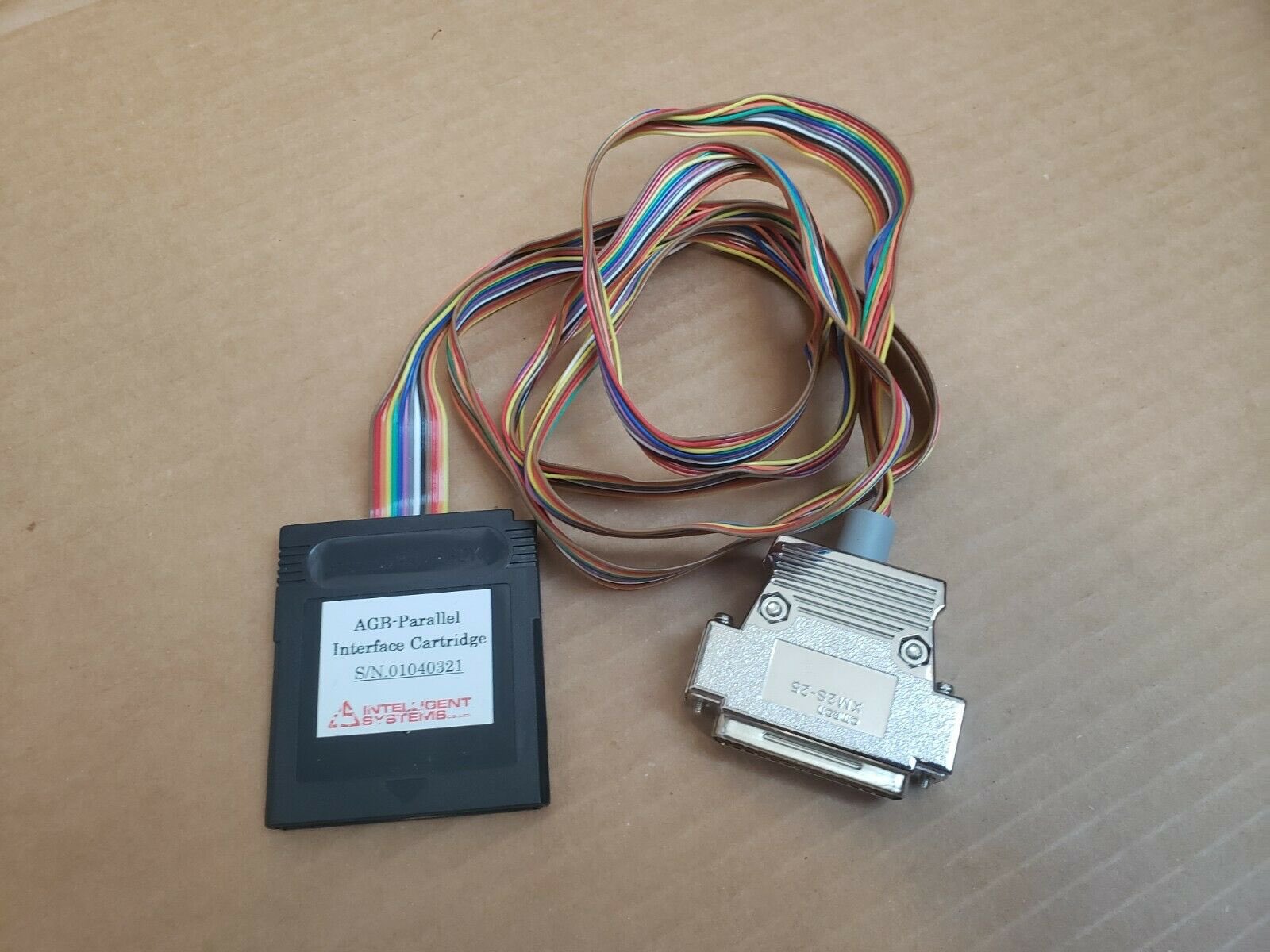 In order for artist to view and create pixel art optimized for the Gameboy Advance screen, Intelligent Systems create the IS-AGB-CHARACTER development hardware.

The Cartridge looks like a standard Gameboy Color cartridge with a ribbon cable sticking out that connects to a standard PC parallel port.

It was also bundled with software for Windows XP that you can see in this tweet from BehindTheCode:

Check this out!
This is the “IS-AGB-CHARACTER” a dev cartridge by Intelligent-Systems for #Gameboy Advance.

Unit interfaces to a dev PC using a parallel LPT port & is used in tandem with an IS-AGB-EMULATOR for editing Color pallets, textures and OBJ animation files. #RETROGAMING pic.twitter.com/Fzvq6yQtuZ

Again similar to the Game boy DMG & Color development kits they provide a Gang writer for flashing multiple EPROM cartridges at once, very useful for sending out multiple copies to all the press outlets 5.

The official Development kits offered by Intelligent Systems through Nintendo were very costly so many smaller third party development studios had cheaper alternatives.

A surprisingly common method of development was to use unlicensed Flash cards which were often used for piracy along with an emulator on PC such as no$gba.

According to the official product sheet the development kit consists of the following hardware:

Although the GBA is listed as a development version it seems to just be a retail console with a slight modification of the power source 9.

The photos on the left are by Nicholas Cottrill who has an excellent Flickr account full of cool development kit photographs 10!

Although it says SN Systems on it, it was not available as part of their ProDG development kit and was actually a completely separate product.

Although it looks like a standard DMG cartridge it actually had a Game Boy Advance ROM on it and had a microUSB port in the top of the cartridge for connecting to a developers PC.

One cool feature of the cartridge for development was that it saved game states of crashed games that could be copied over to PC to debug further, they called this feature Post-Mortem Debugging 11.