SGI started work on what it called the Reality Engine in 1992, this technology cost $100,000 but produced some of the most beautiful 3D demos that the world had ever seen. An SGI employee called Tim Van Hook then took this technology and produced a functionally similar engine at a much cheaper price point and called it the Multimedia Engine 2.

It was this technology that SGI wanted to bring into the home, but they decided that they would need the help of a major player in the video game industry, Nintendo. Thus in August 1993 the Ultra64 project began its life as a partnership between Nintendo and SGI. 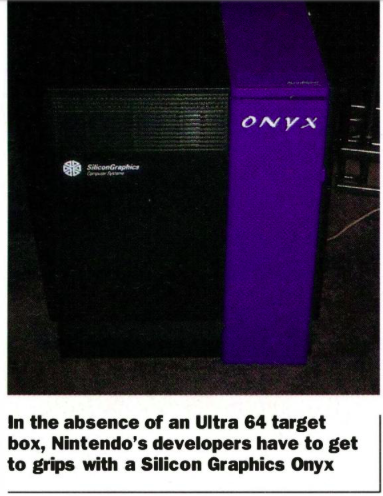 In the very early days of the Ultra64 project the retail hardware was still under active development, but games would need to start development as soon as possible so that the system could have launch titles.

As there was no ready hardware to use early developers such as Shigeru Miyamoto for the platform used the SGI Onyx and it’s Multimedia Engine along with a software emulation layer to model how they envisioned the Ultra64 project. This is where Super Mario 64 started its life in July of 1994 2.

All the launch titles had to be developed on the SGI workstations with the software emulation layer until working prototypes of the Nintendo 64 hardware was available and could be slotted in the same SGI workstations.

The earliest mention of the SGI Onyx being used as an early development kit for the Nintendo 64 was in the Edge UK magazine issue 20 from May 1995. 3. 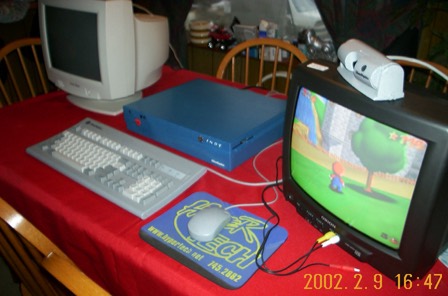 As the N64 hardware matured so did the development hardware, the Nintendo 64 Development Unit was one of the first evolutions of the development kit and was sold directly by Nintendo from October 1996 onwards.

It consisted of a standard SGI workstation such as an Indy with an add-on board containing the retail Nintendo 64 hardware.

This has the benefit of not using any workstation hardware resources to run the games as it used the N64 hardware directly and just communicated with it for debugging 4. 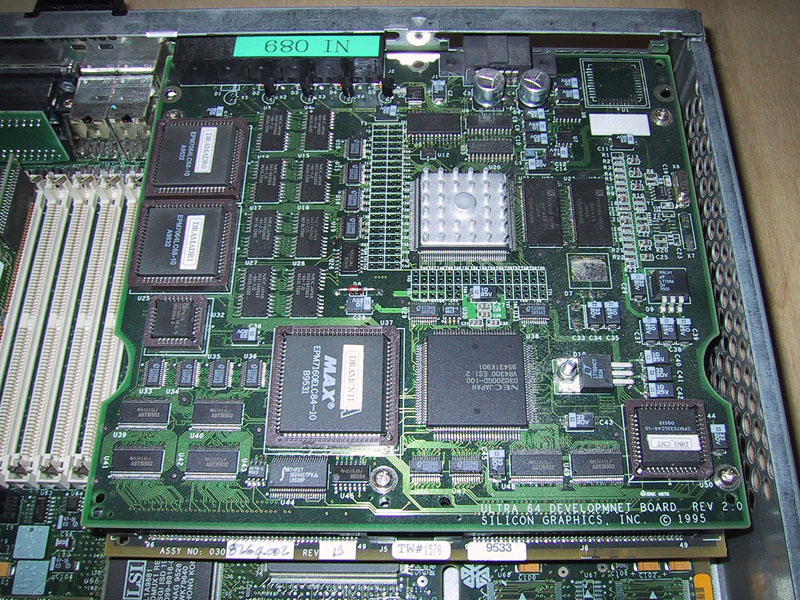 The add-on board slips into the SGI Indy workstations case and has pretty much all the hardware from a retail console, with a few changes to allow the communication between the IRIX operating system and the hardware. 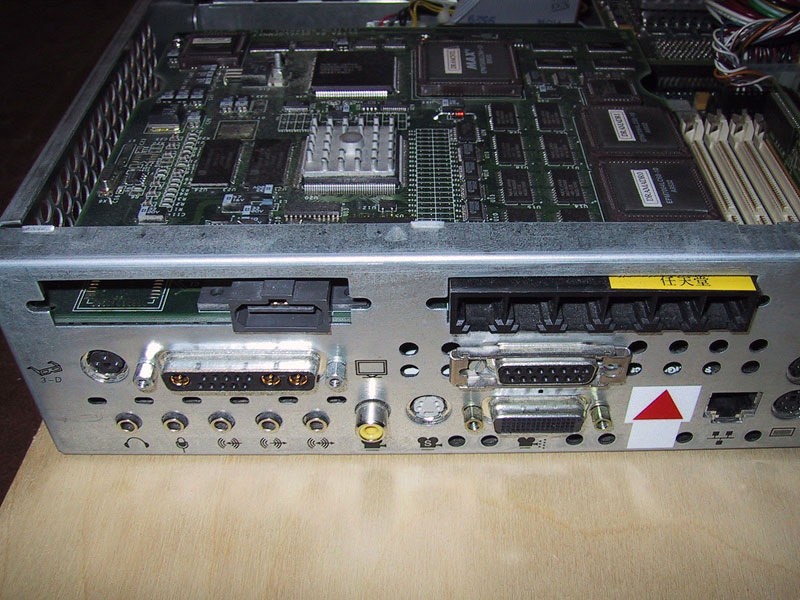 You can see the standard SNES/N64 A/V out socket in the back on the Indy, apart from this the connectivity was very sparse. The controllers connected via another bit of hardware and are not on the add-on board at all.

If you look closer you will notice that there is a number of ethernet ports which actually go to the add-on board. These are used to connect to multiple development hardware including an adapter for retail controllers which can be seen in a tweet from Shane Battye .

But wait a minute; don’t u64 development boards require a ‘Joybus’ adapter?
Yep, but only if they’re interfacing with retail type controllers (which may have been available not too long after RJ-11 development controllers)... pic.twitter.com/kY3wOjPQug

The Nintendo 64 Development Unit later evolved into the Partner-N64 series of hardware by KMC (Kyoto Microcomputer, Co. Ltd.) and consisted not only of hardware for the SGI workstations but also created a version that worked on standard Windows PCs!

Check this out!
Here is an Ultra rare #N64 development kit. The “Partner-N64 NW”.

This version of the Partner dev system communicates with the Indy over the Ethernet LAN port. #N64Dev #RETROGAMING #gamedev pic.twitter.com/SEHLgRece1

The SDK that comes with the Partner-N64PC was provided by Metrowerks (Codewarrior).

Fun Fact! The official Nintendo #N64Dev Kit released by Kyoto Microcomputer, was called the "PARTNER-N64". The Kit was actually available in two versions. One for Windows PC, and the second for the SGI INDY. This was KuC's way of attracting Game Studios using SGI INDY equipment. pic.twitter.com/mLfbZRFZeH

The Debugger Pak was used by both Partner-N64PC and Partner-N64NW, it functioned similarly to the standard Game Pak but were longer and had the connection port at the top for connecting to the PC. This allowed full debugging support such as breakpoints and stack traces to be used. 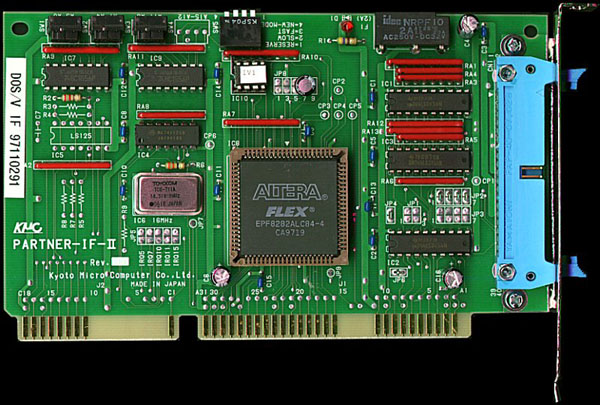 The ISA card was a small add-on card that could be slotted a the standard PC’s ISA bus slot and contained just enough hardware to allow communication over the port.

The ISA card comes as part of the Partner-N64PC pack but you could also buy a PCI version separately for $350 6.

Notice that there are DIP switches at the top of the board that need to be configured before installing to make sure that the I/O addresses for communication match the PC. 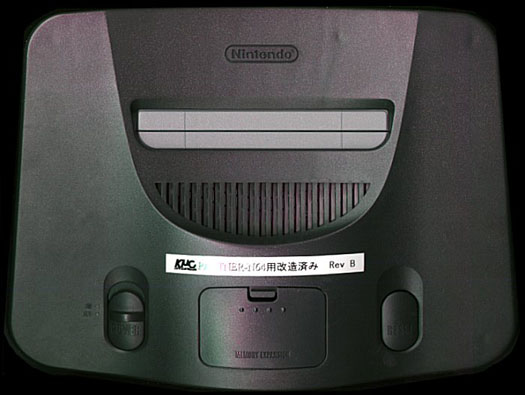 In order to use the Partner64 the retail N64 console hardware had to be modified, these normally came with the development kit when you bought the Partner64 or you could buy a separate one for about $200 6.

The official Partner64 development kit was quite popular and used both inside and outside of Nintendo.

Here is a list of games that still contain KMC Partner64 debug code thanks to a Pastebin by user ZOINKITY 7:

Also on display will be a #64DD dev kit with Monegi Smart Pack. These setups were probably the last ‘official’ N64 development systems and likely used for later Hudson titles as well as being sold alongside the CodeWarrior IDE. They supported 512mb ROMs and 64DD out of the box pic.twitter.com/We3h3ahXa3

The IS-Viewer64 or IS64 for short was the official way to create a N64 prototype cartridge than ran on a modified version of retail hardware. It is a flash cart created by Intelligent Systems (hence the IS prefix) and was released as part of the official N64 development kit. This did not have debug support such as breakpoints and stack traces and this was much cheaper than alternatives. Although It cost around 1800 USD on release so was still an expensive solution 8.

View it in action in the excellent video below by BehindTheCode 9:

The main benefit of the IS-Viewer64 over alternative flash carts available to developers was the crazy fast transfer speed, allowing games to be written to the onboard RAM in as little as 30 seconds! 10.

The IS-Viewer 64 was used to develop the two Zelda games (Oracle of Time, Majoras Mask) and still contains some code to write out debug messages to a connected PC on the retail ROM 11.

Here is a list of games that still contain IS64 debug code thanks to a Pastebin by user ZOINKITY 7: 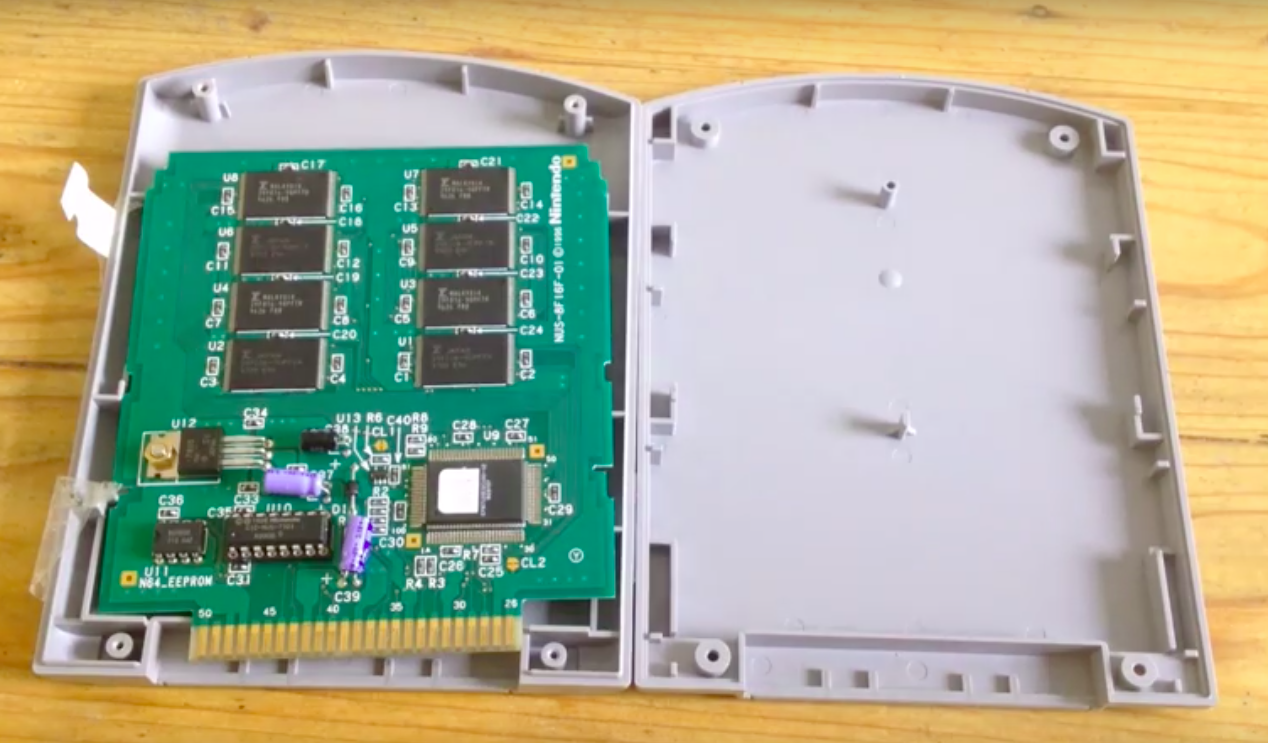 Rewritable Prototype cartridges were available to buy and came in 128Mb, 256Mb and 512Mb configurations, with the largest capacity being the most expensive.

These were given out to journalists to preview/review the games in their magazines before the official launch of the game along with being used to demonstrate upcoming games at trade shows such as E3 12.

They are double the size of regular N64 games and they are actually re-writeable 7 at a time using a flashing device by Intelligent systems.

SN Systems released their own cheaper Nintendo 64 development kit aimed at smaller studios and it was used to create some classic games such as Resident Evil 2 13. It was an SRAM based cartridge with a PCMCIA SCSI-2 interface card and utilized Sn Systems Pro-DG software to upload ROMs on to the cartridge from a Windows PC.

Check this out!!
I recently acquired these #N64dev cartridges called the “SN64” and the “Maestro64”.

Manufactured by the company:
“SN Systems”. The more Rare of the two is the Maestro64, which was used for N64 Sound development. #N64 #RETROGAMING https://t.co/9vvlB1MOQ7 pic.twitter.com/NRHoj2Uu34

Gerry also managed to get it up and running:

Check this out!
The “SN64” SRAM development cartridge. Developed by SN-Systems in the 90’s for the #N64.

For information about SN Systems's Maestro64 development cartridge check out this post.

There was also a device created by Bung which advertised itself as a development kit but many consumers used it for backing up game cartridges.

For information about Bung's v64 development hardware check out this post.

Check this out!
This is a proprietary RAREWARE N64 security dongle.

These adapters prevented N64 prototype games from booting, unless the Dongle was connected.

Nintendo released multiple hardware for Sound designers to test their creations on the real hardware without having to bug the developers to borrow a full development machine.

The SDK also came with the N64 Sound Tools and MusyX Audio Tools which contain software such as a sound sample editor which used a format similar to MIDI 14.

Gerry_MAN has taken some excellent photos of his NUS-SUD on Twitter along with photos of him actually managing to connect and send data from his PC to the hardware!

Check this out!
The #N64dev SoundTools Dev cart streams Music or samples in real-time to the #N64. Sent over an LPT printer cable. Notice the white squares? @ the bottom of the screen?
Sound PEAK meters!!
Inactive when the Cart is not streaming sound.
Pretty cool!! #RETROGAMING pic.twitter.com/ZpgL1RtSdD

For the Updated version 3.0 of the ROM you can actually see the pre-existing peak meter pixels as they are just slightly visible...as shown in the image below. Would be cool to get a Version 3 of the SoundTools cart someday.
Pretty Awesome!!
😎👌 pic.twitter.com/xAZ8moXAXe

The full n64 development kit was used by Sound designer Grant Kirkhope at Rare to produce masterpieces such as Banjo-Kazooie and GoldenEye. This consisted of a Silicon Graphics Indy with the N64 hardware used as an extension inside it 14.

Hmmm I don’t think I did. I had a Silicon Graphics Indy computer with the Ultra 64 circuit board inside it. I connected my PC to it via midi