The first development kit available for the Wii was actually just a Gamecube with motion controllers!

In fact it was the green gamecube development unit called the NR Reader. This allowed developers to write games to writeable NR-discs and test the game out on the read hardware.

You will notice that the motion controller actually plugs into the standard gamecube controller port and so is not wireless and it comes with a slightly different motion bar than the retail units.

You can read more about the NR Reader and other Gamecube development kit hardware on its own page.

For more information about the Nintendo Gamecube Development Kits check out this post. 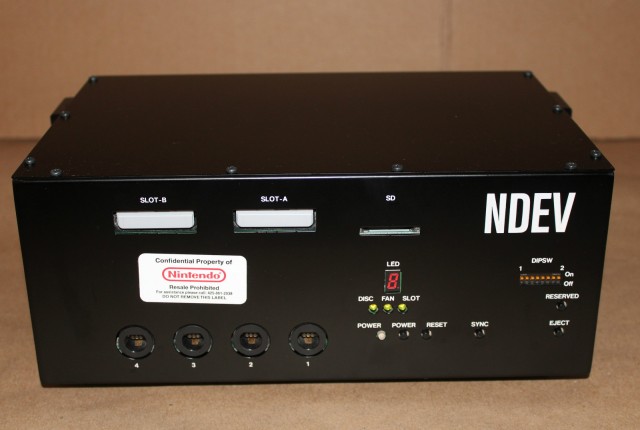 The NDEV was the main unit used by the game programmers to build and debug their games.

The unit itself contains all the standard Wii hardware but lacks any kind of hard drive, so in order to play games on the unit they must be streamed from the game developer’s PC via USB.

So the unit treat the host PC like a external hard drive and reads the ELF executable and all the game files directly from the PC HDD 1.

For much more detailed information about the NDEV unit check out the RGDWiki page on it: NDEV - RGDWiki

In order for QA to test the game without purchasing a very expensive NDEV unit, the RVT range of development tools were created.

The RVT-R Reader was very similar to the retail Wii unit but could play burned discs (RVT-R Single Layer Disc). This allowed programmers to burn a build they were happy with and hand it over to the testing team to find bugs.

Similar to the final RVT-R "Wireless" but in retail flavor, ill take this apart and compare to discern any differences that may exist.

In order to burn the RVT-R Single Layer Disc’s a special unit was produced that connected to a developers PC.

It was essentially just a DVD-R burner that could burn to the proprietary DVDs that the Wii used.

Similar to the NR discs for the Gamecube development kit but with the added storage capacity required for Wii Games.

These can be read by the RVT-R Reader and written to using the RVT-R Writer.

Many Prototype Wii games have been found on these Discs and they can be dumped using a hacked Wii console. Redump has a guide for dumping these if you are interested: Nintendo GameCube (NR) / Wii (RVT-R) Dumping Guide - Redump Wiki 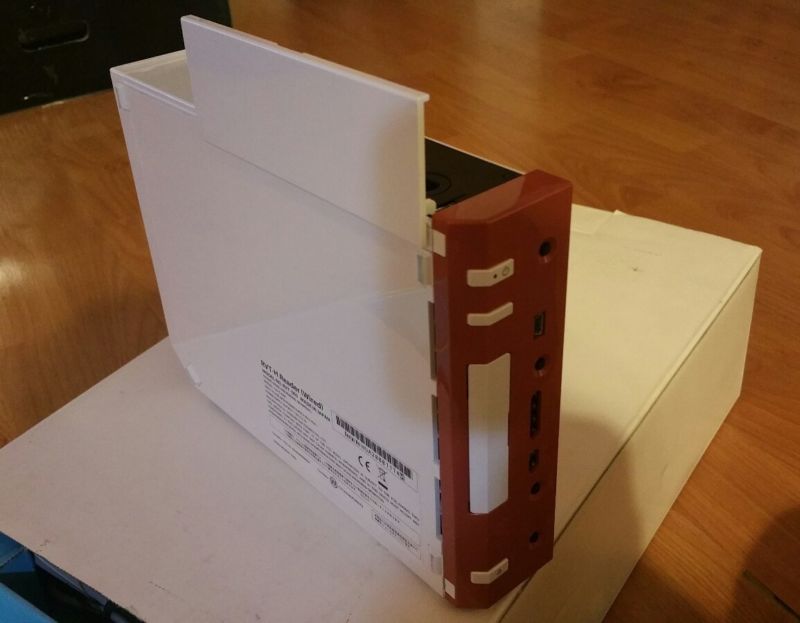 The RVT-H is basically the same as a RVT-R Reader expect that instead of reading optical disks it instead has a built in hard drive.

The hard-drive can hold multiple games at once and you can switch between them with buttons on the front of the unit.

Now unboxing a #Nintendo RVT-H wireless #Wii #devkit. Unlike the green RVT-R, this has an HDD, not an optical drive. pic.twitter.com/exe4QcbUm9