The PsyQ Sega Saturn development kit was developed by a partnership of Psygnosis and SN Systems in order to make it really easy to develop for both the Sega Saturn and PS1 using the same sort of development approach.

*Almost* a complete Psy-Q setup! At least I have enough bits to make it do something useful now. Pretty damn happy. pic.twitter.com/JZsPnIiYkR

Instead of relying on modified console such as their competitors Cross Products they used purly retail hardware with the aim of reducing costs for development studios as the retail hardware and repair costs are much cheaper than specialist hardware.

The cartridge would have a SCSI port for connection between the cartridge inside the console and the development PC. The saturn version was no different and slotted into the memory expansion slot above the CD drive.

Ther is an advert in the UK magazine EDGE issue 20 for the PSYQ Sega Saturn development kit, which would be competing against the Official Cross Products development kit also advertised in the same issue: 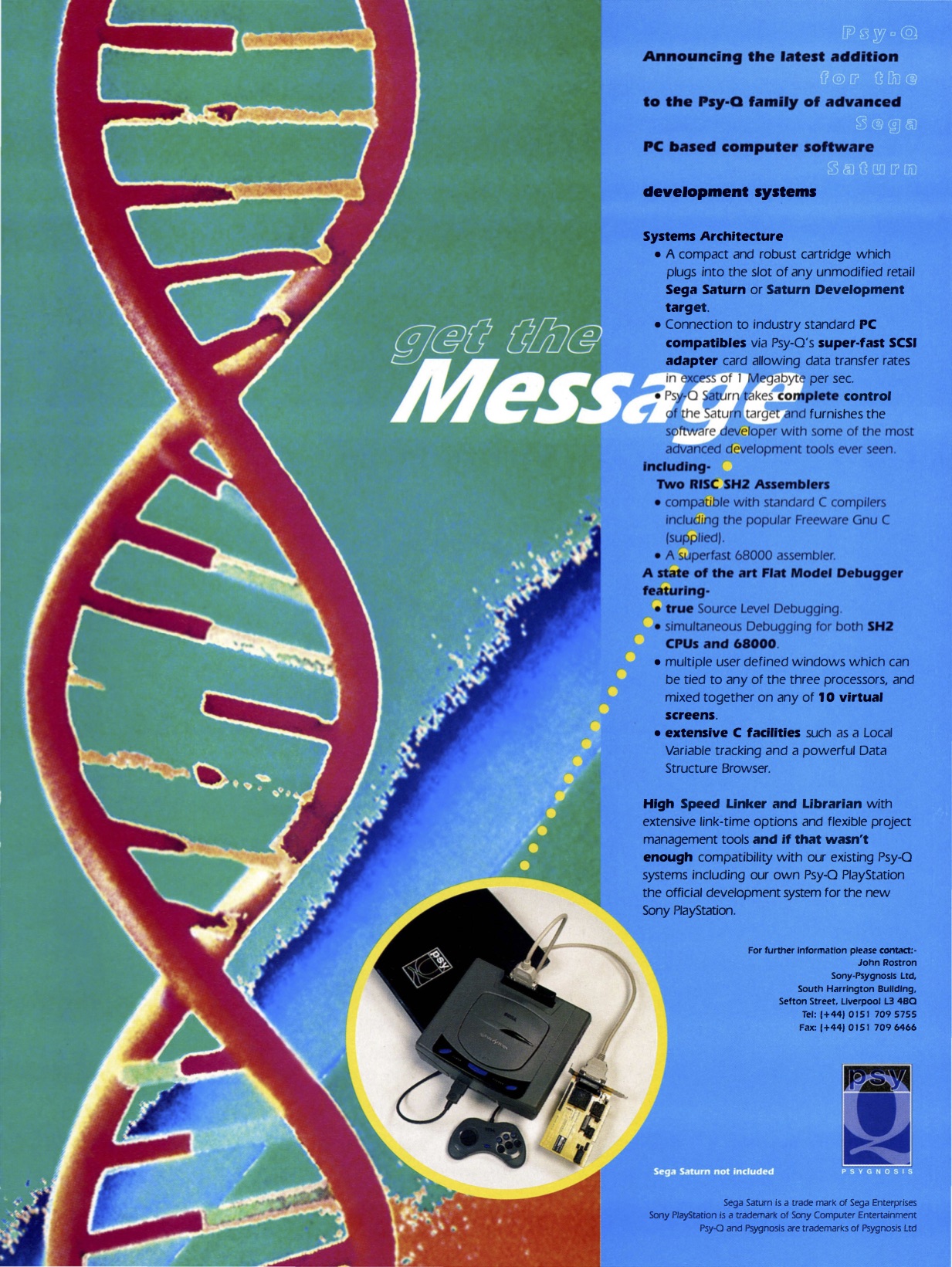 The excellent wiki known as SegaRetro has uploaded the full development manual for using the PsyQ development kit for Sega Saturn. It is unknown where they managed to get it from but it is much appreciated by the whole sega saturn community.

Games that were built with PSYQ

Not many Sega Saturn games were actually developed using the PsyQ development kit unfortunetly, but there were a small number of quality titles that we have confirmed use the PsyQ SDK.

On Windows/DOS systems PSYQ the PSYQ SDK was normally installed to the root of the main harddrive, so it is very common to find games that have references to the location built into the executables, such as:

From these games we also know that the PSYQ SDK install folder contained at least these folders:

As PsyQ Saturn was a C-based development kit, it was common to provide an api via c header (.h) files. Since there is no version of PsyQ Saturn available on the internet we have had to data mine a few games that have left over symbols in them. These are presented in the list below: