Datel first developed their Action Replay cartridges for the Commodore 64 in 1986 1.

Romantic Robot released their Multiface One for the ZX Spectrum in 1986 2 which allowed Memory Dumps similar to save states in modern emulators, cheats could then be applied to these memory dumps with the POKE command.

The Game Genie was one of the first Cheat Code cartridges to be developed for home consoles as they realised their first version for the Nintendo Entertainment System (NES) in 1990.

Nintendo feared that this would either cause harm to their brand or make game piracy even easier and thus decided to sue Codemasters.

Codemasters eventually won the court case after four long years and got a nice bonus out of it: $140 million! This cash injection more than covered their court fees and allowed Codemasters to expand and develop more games 3.

All Posts tagged with Cheat Cartridges 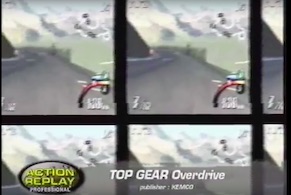 Read all about Datel Action Replay Professional (N64) in this s...