When the Xbox came out in 2001 most game developers were still getting used to the new layer of abstractions and code re-use provided by the superior hardware of consoles compared to the previous generations.

Game engines have always been used to a certain extent within the games industry for re-using code from one game to another.

These game engines were normally just distributed to developers in the same company and never released to other development studios therefore these are called ‘in-house’ game engines.

However the xbox generation was the first to really take 3rd party game engines seriously.

But the real winners were the more specific middleware libraries such as the Havok Physics engine, Bink Video Playback engine and the Renderware Graphics engine.

Most developers still wanted full control over their game engine but it was too costly to write a custom physics, audio or video engine for each game. In future console generations developers would move towards the full game engines, leaving some of the flexability behind.

The games listed below each engine or middleware have been confirmed to use those engines by searching for common strings within the xbox executable themselves.

If you would like to add a game to the list please make sure to check the executable for a trace of the code, sometimes developers aim to use a library but it never ends up in the final build.

These engines were sold to developers as a product as opposed to ‘in-house’ engines that were only used by one company.

The Unreal Engine was developed by Epic Games initially for their game Unreal but later evolved to become a product in itself with many 3rd party games studios taking advantage of its power.

To find out if your games uses this engine, look for a file with a .umd extension for example xboxship.umd. Or search the files for the string UnrealEd.

The Vicious Engine was developed by Vicious Cycle Software and released late in the Xbox lifecycle in early 2005, thus very few 3rd party game developers used this engine for the Xbox but it was nevertheless available to them during the end of the xbox lifespan.

To find out if your games uses this engine, look for games that have *.rgn files, RGN stands for Region in this case which is the terminology Vicious Engine uses for Maps/Levels. Although other games that don’t use this engine could also use .rgn for a filename such as Star Wars - Obi Wan so we will need a better method of detection.

The Gamebryo engine was developed by Gamebase and licensed to 3rd party game developers such as UbiSoft and Atari for use on the Xbox and other gaming platforms 2.

To find out if your games uses this engine, look for .kfm files or .nif files or references to NiSystem or Gamebryo File Format in the main game executable.

These game engines were not shared with any other developer and tend of be genre-specific, so games with a similar genre will run on a similar engine.

The GoldSrc engine was originally a modification of the Quake Engine created by Valve for Half-life and then re-used for other internal projects such as Counterstrike. This engine was later forked and mostly rewritten to become the basis of the new Half Life engine known as Source 3.

To find out if your games uses this engine, look for references to VEngine in the main xbox executable.

To find out if your games uses this engine, look for games that have the lua.dat file.

The NgEngine by Z-Axis games has very little information written about it just a few references to its name littlered throughout the main game executables.

To find out if your games uses this engine, search the executable for /NgEngine.

To find out if your games uses this engine, look for games that have a *.bfs file which seems to be the packed game format for the engine.

Depending on the version of the Lithtech engine you need to search for its codename in the main executable, for example JUPITERSPLASH. Games:

The Toshi Engine was developed by Blue Tongue Entertainment in Australia. To find out if a game uses this engine search for the strings: ifdef TOSHI_SKU_PS2 or AToshiAnimationSystem

Developed by id Software the idTech 4 engine is the next generation of the Doom/Quake engine.

To find out if your game uses this engine search for idSysLocal in the main executable.

Developed by CroTeam for the Serious sam franchise 4.

To find out if your game was developed using this engine simply search for the engine name in the main game executable: Serious Engine. 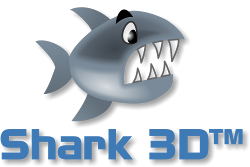 The Shark 3D engine was developed by Spinor for internal use only.

In order to find games developed using this engine search for shark3d_snake_binary or spinor.com.

This engine name cannot be confirmed in the executable files but there are multiple sources that say these games are developed using this engine.

The Glacier engine was developed by IO Interactive for their Hitman series of games, but was also used internally for a few other games such as Freedom Fighters on the xbox. It was initially built in 1999 for Hitman: Codename 47 and for subsequent games up to but not including Hitman Absolution which used Glacier 2 a complete rewrite of the engine 6.

For a great run down of the mian features offered by the engine checkout this GiantBomb article: Glacier Engine 1 (Concept) - Giant Bomb

Games that are built on the glacier engine tend to include the following string inside the main executable: Z:\\code\\engine\\SDL_Engine\\Glacier\\scriptdll.cpp or engine\\ScriptInterfaces Games:

The RIOT engine was developed by Surreal Software initially for their Drakan series of games but later used for Xbox games such as The Suffering.

You can find out more about this engine in a Gamasutra retrospective of their game Drakan Gamasutra - Postmortem: Surreal Software’s Drakan: Order of the Flame

To find a game that uses this engine simply search for RIOT Engine in the main executable.

The internal engine used by the company MercurySteam known for the game Scrapland on Xbox 7.

To find a game that uses this engine just search for the developer name in the main game executable: MercurySteam.

Developed by UbiSoft initially for Beyond Good and Evil but also used for Prince of Persia 8. `\Jade

Developed by Snowblind Studio used for there baldur’s gate series. It Also referred to as the Dark Alliance game engine.

The Havok Physics engine was very popular with developers during the xbox era, with over 36 known games that use the middleware.

To find out if a game uses Havok just search for the string havok.com in the main xbe executable file. Normally the havok libraries contain error messages redirecting to the havok.com website.

The Renderware Engine can be used anywhere from a simple graphics middleware to a full fledged game engine.

The Renderware engine provided graphics, audio, physics and AI modules. Most games only used a subset of the modules, with the graphics engine being the most popular.

You can find out if your game was built using Renderware by searching the main executable for RwFont, rwsdk or simply Renderware/RenderWare

There is a prototype version of Xyanide (2003-05-07) that contains the full debug symbols files (.pdb) and linker map files (.map). These could be useful to generate a function signature from and apply to other Renderware games.

For more information on Xbox debug symbols check out this post.

Bink was pretty much the industry standard for Video Playback on the Xbox and game development in general at the time.

So many games use the middleware that we would be pretty much listing the entire Xbox library. If you want to find out if your game uses Bink then either search for the string Not a Bink file. in the executable, or look for .bik files on the game disc.

The FMOD Sound and Music middleware library is one of the industry standard for audio playback on games consoles and was used extensivly in the Xbox Generation of consoles and beyond.

To find out if your game uses FMOD for audio playback look for the string FMOD Sample Bank in the main executable.